Mistiv was created at some point alongside the rest of the Altronian population and resided on Altronia for millennia, living among her tribal people as a warrior, where she began to look down on those she considered weak.

When the local Makuta stationed at Altronia, Cekadax, betrayed the Altronians, Mistiv fought alongside her people against the Makuta's forces. It was a horribly one-sided confrontation, however, and Mistiv was captured alongside several of her kin and brought to Cekadax's Fortress.

Mistiv was profoundly impressed by the Makuta's army and found a like-minded personality in Cekadax's ruthlessness and brutality. While the rest of her captured kin were experimented on, Mistiv's interest was noted by Cekadax and she was spared experimentation, instead getting an offer to join the Makuta's forces as one of her soldiers. Mistiv gladly agreed and fought on Cekadax's side against her own people, who labelled her a traitor. Over the following years she was molded by Cekadax into an even more condescending and sadistic personality and was promoted to be Cekadax's lieutenant.

When Zracknar joined Cekadax's ranks as an outcast from the Order of Altronia, the Makuta's mortal foe, Mistiv initially saw him as a rival and a threat. However, Zracknar's own capabilities and potential soon proved themselves and Cekadax promoted him to Commander over Mistiv, who reluctantly accepted his leadership.

When Myriax joined Cekadax's forces and rose through the ranks, Mistiv instead saw a potential ally in the rivalry against Zracknar and discovered that like herself, Myriax's personality was very similar to Cekadax's. The two became friends and served as equal lieutenants together.

During the events of Land of War, Mistiv spent much of her time training and testing Cekadax's mercenary recruits and preparing them for the assault on the Altronia Fortress. She was suspicious of Makuta Burtok upon his arrival and was happy to see his death, and was equally suspicious of Makuta Ikirro upon his arrival, though this soon changed to respect when the warrior ability of both Ikirro and his own lieutenant, Recapar, became evident.

Mistiv was withheld from the Battle of the Altronia Fortress alongside Myriax to prepare secondary strikes against the Altronian peoples and fully secure the island in the event the battle was won, however with the defeat of the Brotherhood force she instead prepared the defenses of Cekadax's Fortress.

When an allied forced attacked the fortress, she and Myriax received a massive power boost from Cekadax's ancient energy device and were ordered to hold the main training ground against all intruders. Mistiv did so gleefully, slaughtering dozens of enemies and especially targeting Altronians fighting among the allied forces.

When a group of Altronians led by Veskal and the Toa Zephin arrived at the training grounds, Mistiv targeted the Altronians and Quinvig, who was assisting them. She managed to kill most of the Altronians before Myriax flooded the room with lightning, incapacitating almost all the combatants except Mistiv and Quinvig. She almost killed Quinvig before he activated his mask of hunger in desperation and drained all of the additional energy she had been imbued with and most of her own energy, leaving her terribly weakened.

When Veskal recovered from Myriax's lightning attack, he executed Mistiv, ending her life of cruelty.

Mistiv wields a pair of curved swords. They are the only weapons she has ever used and she has perfect familiarity with both weapons. Being ambidextrous, she is able to wield one in either hand with perfect skill and almost always used both together.

Mistiv has a somewhat devious mind, and originally became Cekadax's aid because she would rather be on what she considers to be the winning side, and because she also appreciates Cekadax's cruel streak, which she finds reflective of her own.

Over time, though, Mistiv developed a loyalty to Cekadax sprouting primarily from their shared enjoyment of cruel acts and brutal violence, and Mistiv's own violent tendencies were sharpened over her years of serving Cekadax.

She is somewhat lacking in patience, so when people don't do what she wants them to do the first time, they get hurt. She has no sense of pity for people and believes that those weaker than her don't deserve mercy. As a part of this she strives to be the strongest of Cekadax's minions, though Zracknar consistently surpasses her. 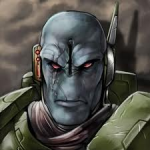 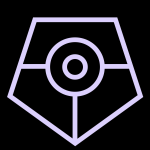